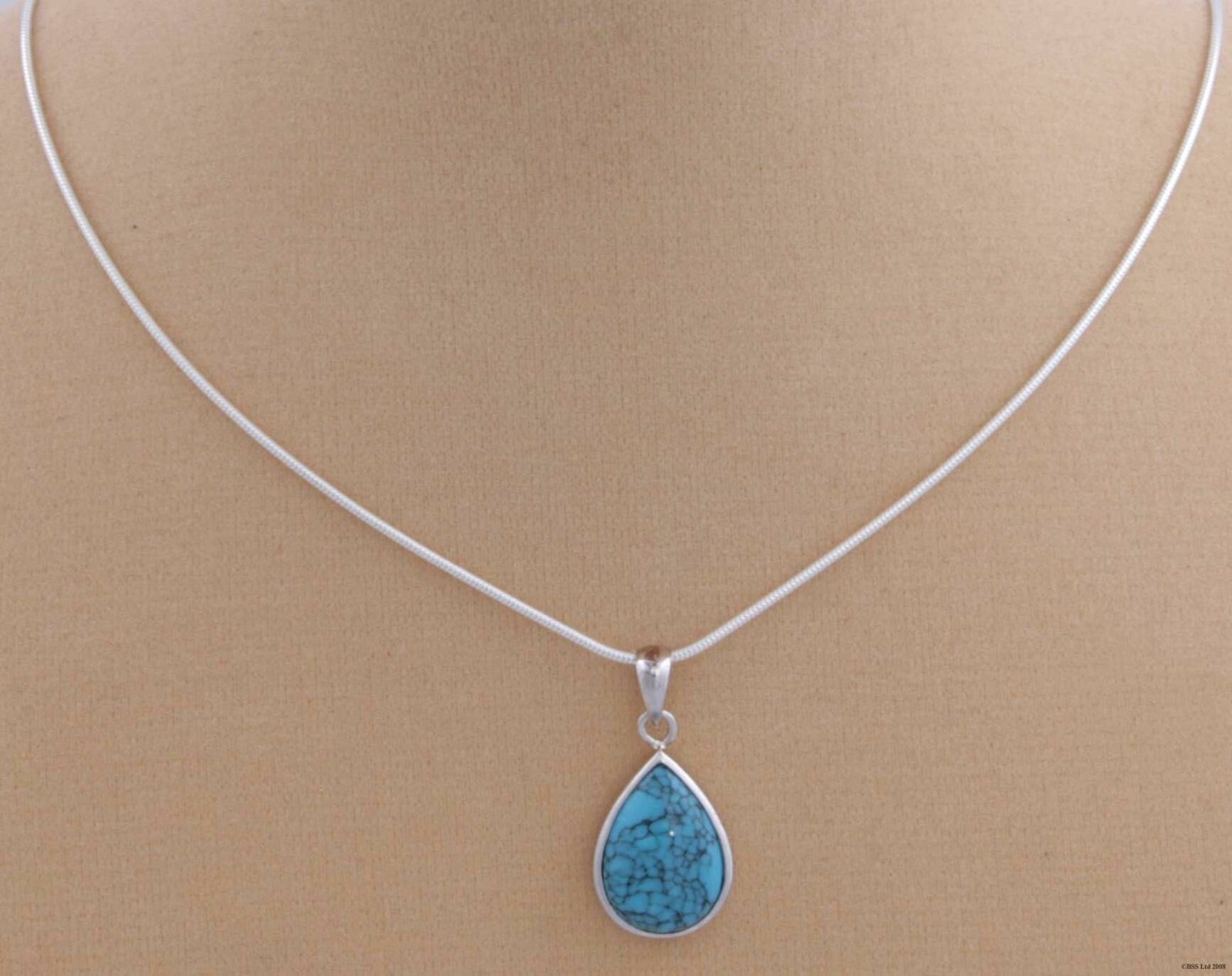 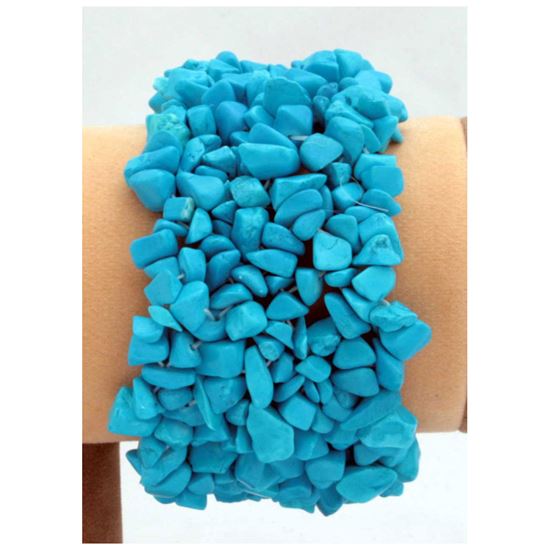 Turquoise chip band Bracelet, elasticised fitting
Said to be a protective stone changing colour to warn of danger or infidelity. Claimed to instil inner calm and stabilise mood swings whilst stimulating romantic love. It is the appropriate gemstone to the 5th Wedding Anniversary.

Supplied in a clear drawstring bag ready for gift wrapping. Turquoise – appropriate for your 11th Wedding Anniversary
Said to be a protective stone changing colour to warn of danger or infidelity. Claimed to instil inner calm and stabilise mood swings whilst stimulating romantic love.

Key ring is Silver Plated and the bulb housing the Stone is approximately 25mm in diameter. Presented in a Black Suedette effect bag.

Only genuine gemstones that have been polished are used. As these stone are a natural product there will be variations in both size and colour. This manmade Turquoise crystal point pendant comes in a Sterling Silver mount and on an 18 diamond Cut Silver (925)chain.”
The Silver mounts and chains have the appropriate markings identifying them as quality silver items. 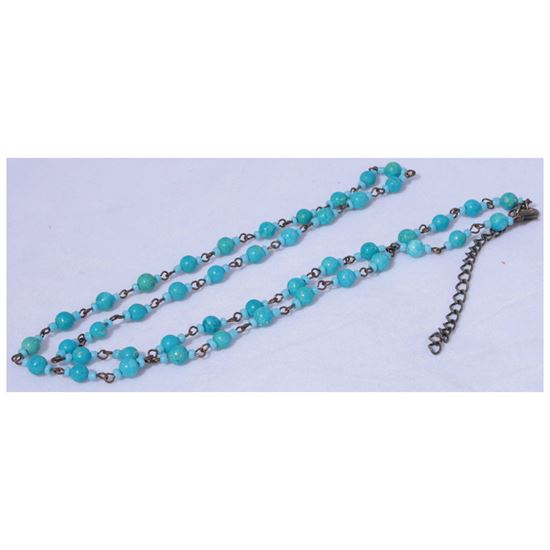 Stabilised Turquoise is used so that it will not discolour if handled often. Picked for their pattern, our Copper Turquoise Heart gemstone necklaces are stunning and a lovely sized pendant/necklace combo that the recipient can wear every day.

The Sterling Silver mounts and chains have the appropriate 925 markings identifying them as quality silver items.

As with each wedding anniversary that you celebrate has a definite theme, such as paper for the first year through  to Diamonds for the 60th anniversary, so do most anniversaries have a colour theme, you might like to think about decorating your venue to tie in with this theme. This could just mean coloured tablecloths, napkins and a few flowers and balloons, or something a lot more elaborate.

Below is a list of the wedding anniversaries and the colour associated with the year. If the anniversary year you are looking for is not listed then we do not have never found a colour listed for that year, if you do find one please let us know! Themes for gemstone wedding anniversary gifts come from a list of precious and semi-precious gemstones that are associated with each specific year. The different years, the majority of the time, have different gemstone associated with that year, here we are talking about the Gemstone Anniversary List, other popular lists include the the Modern, Traditional and Flower lists. The general idea behind this is so that you can select a gift with the theme of the material mentioned for the year thus making it easier to select an appropriate gift.

The gemstone wedding anniversary list has developed over the generations into the one shown below, some of the years have variations on the theme depending upon who has published the list. More history of how the wedding list evolved is available on our Gemstone Wedding List History page.

Below in the list the anniversary year will link you to pages with ideas available from all the Gift lists (e.g. Traditional, Modern, Gemstone and Flower) or choose the gemstone for the year you are celebrating, or buying for, for a list of wedding anniversary gifts specific to that gemstone and year.

Some years have no material or theme under the gemstone anniversary list, below the fiftieth these anniversaries will have a theme in the Modern Anniversary List. Above the 50th they have no theme or material.

There are a few variations with the gemstone wedding anniversary gifts list shown above where we have found variations we have listed them with the most common/popular listed first.

Other Pages you may find useful