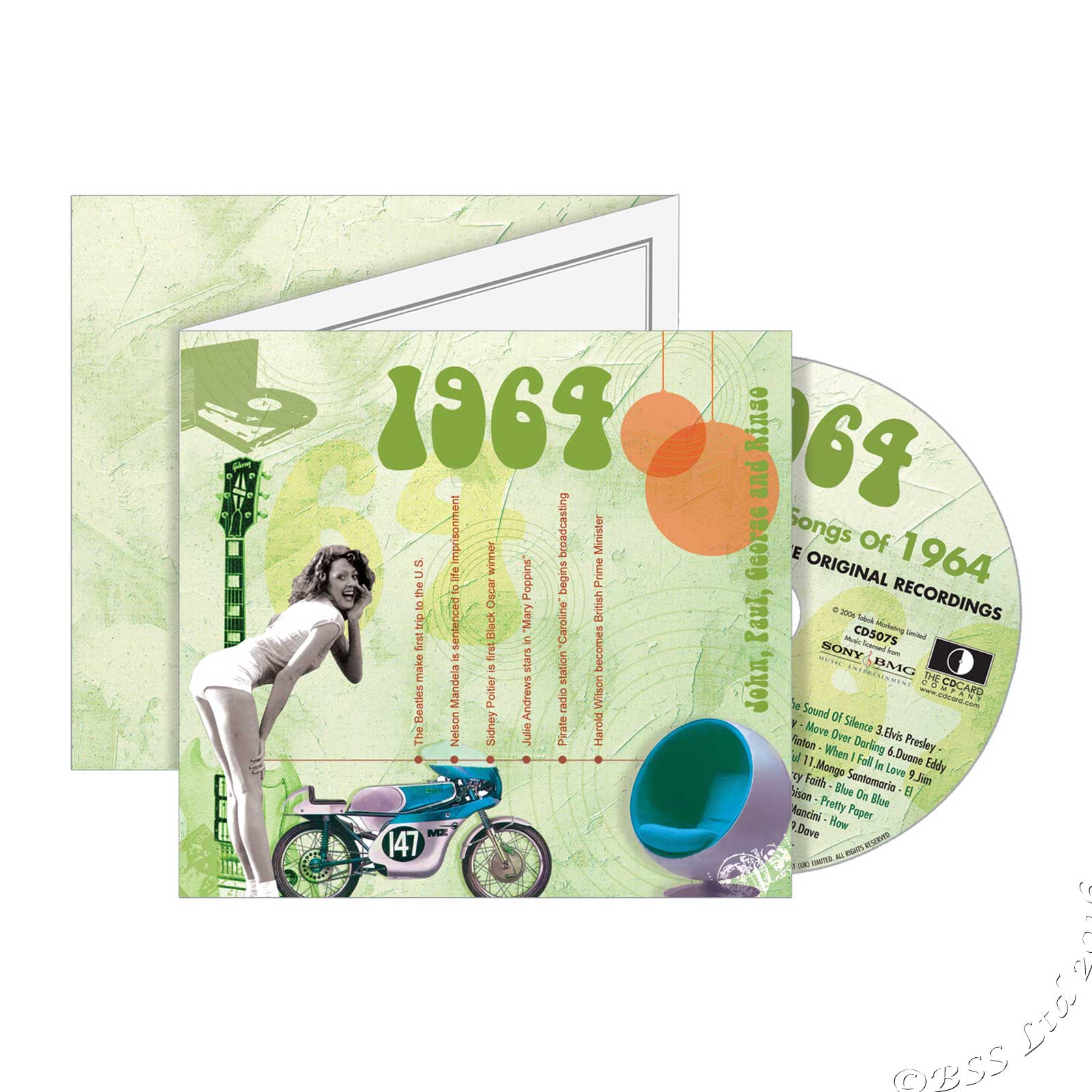 The power of music to evoke memories is such wonderful way of moving people and together we can help with the right music to celebrate 55 years of marriage in 2019.

Get our CD gift card for 1964 which has a CD  inside with a multitude of top hits from the year they were married with many love songs that will bring the memories of yester-year flooding back.

You could complement this with the number one for the week they got married (check what song here http://www.officialcharts.com/archive-chart/_/1/1964/) or if you want a longer playlist then how about a montage of number ones from their anniversary for every year since they wed.