Celebrate your first decade together with an array of 10th year wedding anniversary gifts. The ups and downs that you’ve had, the love and laughter you’ve shared and the good times to look forward to are all centred around your 10th year anniversary.

Show your true affection for one another by choosing the perfect gift to mark this special day. If you never know what to get, then take note of the traditional, modern, gemstones and different flowers that are connected to the 10th year wedding anniversary and have more choice.

The 10-year anniversary is considered to be a big milestone however it is not one of the major anniversaries, the 1st of these being the Silver wedding (25 years)

The Traditional Anniversary list shows the 10th year wedding anniversary has a theme of Tin. Some publications state that Aluminium is the appropriate traditional theme thus we list this should you wish an alternative to Tin.

Although those metals aren’t the first thought when it comes to romance, love and being together, a little inspiration, imagination and thought and you can find many fantastic gifts to choose from. Delve into what tin and aluminum are, and you’ll see they are strong, resilient and pliable, just like a good marriage. Now you can see just why those metals work when it comes to buying your 10th wedding anniversary gift!

The most popular way to give tin as a gift is either through finding an appropriate pewter gift, which is 95% pure tin or give a tin containing something. Cake tins were a popular choice in the early 1900’s however given modern lives, the ability to make regular use of these are less and hence they are not so popular nowadays. 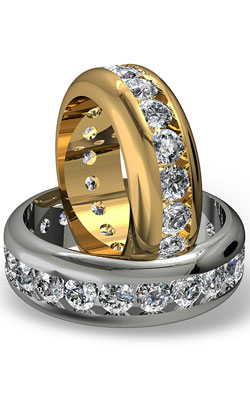 However, the traditional theme to the 10th year wedding anniversary often gets replaced by the modern theme of diamond jewellery. As they say, “diamonds are a girl’s best friend” and your wife of 10 years will adore a diamond gift. From jewellery, a watch or even diamond accessories, there is almost no end to the choices you can make for a gift with diamonds on it. It’s a personal gift, something that shows your true love for one another and as diamonds are the strongest stones in the world, it can be a reflection of your love together. Ten years is a long time and a diamond is ideal for marking this monumental occasion. 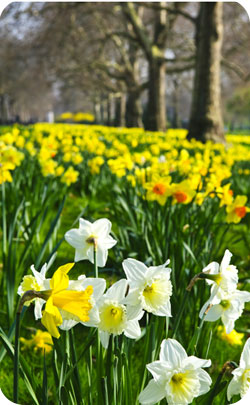 The Flowers anniversary list states Daffodils are the appropriate flowers for the tenth year. Unfortunately, the language of flowers states that the daffodil can mean refusal i.e. “I do not return your affection” so whoever constructed the flower list did not do their homework! Daffodils do have other meanings however and chivalrous is an alternate meaning mentioned although given the latter I would avoid giving daffodils to your loved one! The Gemstone Anniversary List shows Black Onyx as the gem associated with the 10th Wedding Anniversary.  Lots of folklore and traditions surround gemstones, Black Onyx is said to promote vigor, steadfastness and stamina. It is also said to aid lesson learning, imparting self-confidence and helping you be at ease in your surroundings. Some folklore claimed wearing onyx round the neck helped to cool lust and promoted chastity, now that’s going to put you off buying an onyx necklace for your wife! On the anniversary of your wedding you would have been married for 1 Decade which equates to about 3,652 days (this is dependent upon when leap years have occurred) or 87,600 hours  or 5,256,000 minutes which is over 315 million seconds.

During this time you would have shared, on average, over 27,000 hours of snuggle time (sleeping!) or 1,140 continuous days; assuming you don’t work together you’ve been apart for over 21,000 hours (881 days or 2 years, 5 months) and have had about 8,000 meals together which equates to approximately 4,600 hours of continuous eating!

Whatever you would like to buy for your 10th year wedding anniversary, whether it is traditional items made from tin or aluminium, or the more modern diamond jewellery, then you simply have so much choice. Impress, inspire and pamper your loved one with some stunning jewellery, household items or add in some brightness to their lives with fresh daffodils. Marking the 10th year anniversary, you have a wide range of wedding anniversary gifts to choose from and each one can be perfect for explaining just how much you love your partner.