Pearls have long been cherished due to their beauty and relative scarcity although nowadays cultured pearls have made them far more abundant and affordable.

For this anniversary any type of Pearl can be used; there are more than one type at the basic level there are fresh water pearls and saltwater pearls.  Both contain the same properties that make them desirable and nowadays they are equally attainable. One difference is the larger types are typically the saltwater variety as the shellfish they come from can grow larger.

Naturally developed Pearls are still the most sought after due to their rarity cultured Pearls can be as good a quality especially the ones from the top Pearl culturists.

The best know cultured Pearl producer is Mikimoto, a Japanese producer named after the founder who discovered how to grow Pearls ‘on demand’ The results are beautiful, check out these Fine Mikimoto gift ideas from one of our partners.

If choosing Pearl as a gift please always ensure it is real Pearl, we’ve seen many items designed with Mother of Pearl which, unless you know, can be confused with Pearls. Mother of Pearl is actually the shell of the mussel or oyster that can produce a pearl. An easy way to tell the difference between fake Pearls and real are the fake Pearls have a high surface shine and if you rub them against your teeth they will feel smooth, real ones feel rough. 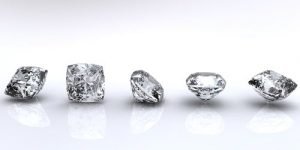 The Modern/Contemporary wedding anniversary list strangely suggests Diamond Jewellery as the appropriate gift idea for the 30th year Wedding Anniversary, why the authors of this list choose to diverge from the traditional list for this major anniversary appears to have been lost in time however it does provide a great alternative to Pearls especially if the recipient dose not like them. 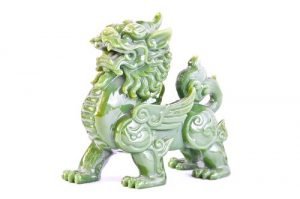 Even more bizarre than the modern anniversary list is the gemstone list as this states Jade as the appropriate semi-precious gemstone for the 30th year wedding anniversary. We assume this is to offer a variation on Pearls as why just have one gem for an anniversary when you can have two? 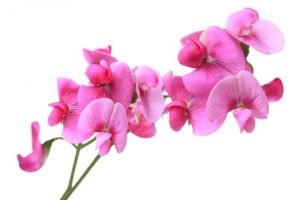 The appropriate flower for the 30th year wedding anniversary is Sweet Pea.  The language of flowers states Sweet Pea can mean blissful pleasure or thank you for a lovely time.

During this time you would have shared, on average, over  82,000 hours of snuggle time (sleeping!) or over 9 years; assuming you don’t work together you’ve been apart for over 63,000  hours which is about 7 years and you would have had over 23,000 meals together which equates to approximately 568 days of continuous eating!

Please see out 30th Anniversary Gifts page for our full range of gift ideas some are below;