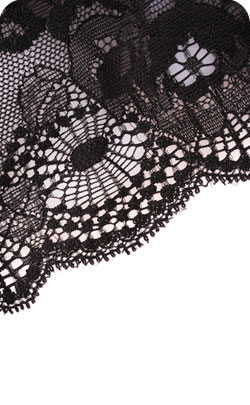 Normally, wedding anniversary gifts such as the first wedding anniversary are linked with paper, so you would buy something with that material in the gift. However, as time goes by the traditional items do not carry through, but fear not, you know exactly what your partner likes and dislikes so the onus is on you to pull through with a fantastic gift or selection of presents that your wife or husband would love.

Other wedding anniversaries have flowers associated with each year but the 39th doesn’t. However, if your wife loves a certain type of flower then you could buy a lovely bouquet for her and she’ll adore them, especially if you have them delivered to your home. From lilies to roses, daffodils to azaleas there are many to choose from and we have more ideas for wedding anniversary gifts located on our website to help give you the inspiration you need.

There is a modern version of the wedding anniversary gift that is associated with the 39th year and that is lace. Lace is a stunning fabric that is usually handmade and while it was very popular in the 15th and 16th centuries, it’s certainly come back into fashion and it carries a very regal and upmarket look. Buy your wife a stunning lace outfit or a blouse that has lace in it which will be perfect as a 39th year wedding anniversary gift.

As you can see, there aren’t any traditional items connected to the 39th year of marriage but you could opt for the modern equivalent and buy something with lace in it as well as a nice bunch of flowers for your wife. Alternatively, you could simply buy your spouse’s favorite item and they will know just how much they mean to you! 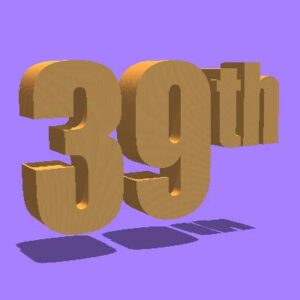 During this time you would have shared, on average, over 106,700 hours of snuggle time (sleeping!) or about 12 years, 2 months; assuming you don’t work together you’ve been apart for over 82,461 hours which is about 9 years, 5 months. You would have by now shared about 31,100 meals together which equates to approximately 2 years, 1 months of continuous eating!

Please see out 39th Anniversary Gifts page for our full range of gift ideas some are below;